I’m excited to have my poem “Vacation” featured at Prodigal, nestled at the top with terrific work from Jeannie Vanasco, Emily Hoffman, Lisa Hiton, and many others. Check out samples of the full issue or head right to my poem. 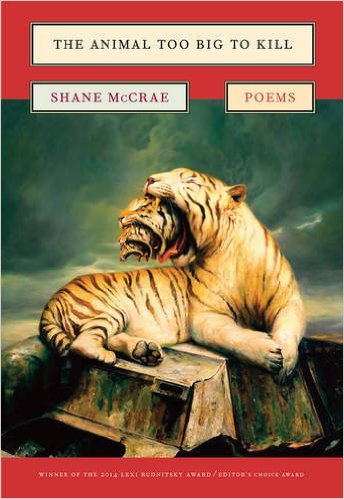 A new era of civil rights protest is here. #BlackLivesMatter announces a new racial consciousness locked on highly public injustices, police violence caught on dash cam videos and decried on Twitter, weeks-long street demonstrations helicoptered over and fed into living rooms via live streams. With the muscular momentum of wider discord, It stomps a foot in the dirt, showing us the hard truth that racism in America is as strong as ever, a brutally systemic force, at once blunt and complex.

It is into this outraged public consciousness that Shane McCrae’s prodigious output of poems (four collections in the past five years) occurs and must be received. Read some of the titles of the present collection, The Animal Too Big to Kill, and this protest is confirmed — titles such as “What it Takes to Get the Attention of White Liberals” and “I Know It’s Hard For You to Believe You Still Benefit from Slavery,” which evidence a deep awareness of the context in which these poems will be read and gesture a distinct stance — one of provocation and protest — toward that context.

So it is surprising that such a collection would begin like this:

Read the review at Bookslut 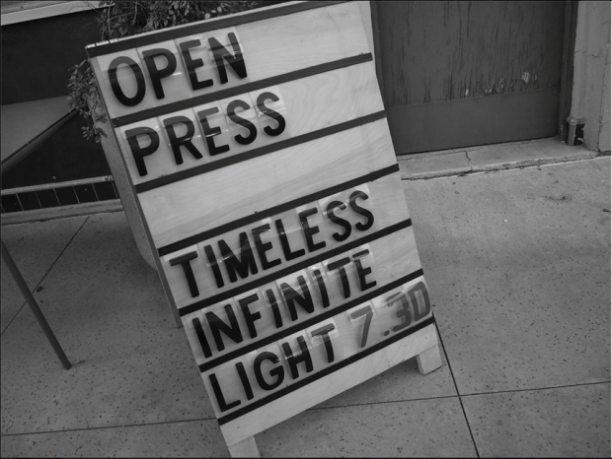 Timeless, Infinite Light is a small poetry publisher based in Oakland, but to put it that way is to sap the force out of their astonishing vigor. They are a press of the dark matter of consciousness as a nexus between heritage and the glitter of possibility, of otherness as a radical force of nature blowing tenderly but insistently against the contemporary structures of power. Their “books are spells for unraveling capitalism,” as they put it themselves, and they “believe in the radical potential of collaborative, hybrid, and embodied writing.”

I have been in love with what has grown out of these ideas. . .

Michael Donhauser is an accomplished Austrian poet, essayist, and critic whose books date back nearly thirty years, but he is not widely known to English readers. It makes him a great candidate for Dichten—Burning Deck’s translation series, which brings this rich and varied collection, Of Things (first published in German nearly twenty years ago), to a needed new audience. It’s a dizzyingly varied work, finely translated by Nick Hoff and Andrew Joron. It is philosophically poised but historically informed, personal, scientific, whimsical, and serious—showcasing a real rucksack of literary tools that Donhauser brings into the field with him to sketch, like the plein air painter, his subjects.

Read the review at NewPages.