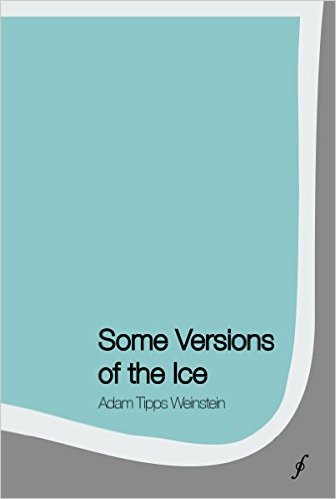 Reading the surrealist essays in Adam Tipps Weinstein’s Some Versions of the Ice, one is quick to make comparisons. The most obvious is to magical realist writers such as Jorge Luis Borges or Italo Calvino, but there are many other resonances. His essay “The False Pigeon: A History”—a fictional account of a natural history museum—reads like it dropped straight from the pages of George Saunders’s CivilWarLand in Bad Decline, and the deceptively straightforward expositional tone that he employs throughout—which Michael Martone mentions in his wonderful blurb as a “hyper-rational empiricism [running] stoically and joyfully amok”—often echoes Lydia Davis.

These are, of course, imperfect comparisons, and any reader might have his or her own. If there is one comparison I would be steadfast to make, it’s to Walter Benjamin’s Arcades Project for the way that it anchors itself in a sprawling and impressively synthesizing collection of quotes. In Weinstein’s case, these range from Aristotle to Agamben, a choice that Weinstein explains in his afterword with yet further quotations, notably from William Gass: that citation “is an attempt to use a phrase, a line, a paragraph, like a word, and lend it further uses, another identity, apart from the hometown it hails from.” He goes on to explain that his quotes can be “borrowed, quoted, misquoted, or appropriated.”

I belabor these side-points because they really cast the book’s central quality in stark relief: these are essays of extraordinarily convincing exposition and erudition—nearly rapturous in their historical, material, or textual analysis—yet we can never be fully certain what exactly is true and what is false. Weinstein slips so effortlessly between the real and the fantastic that we often don’t realize how mired in confabulation we are until it’s too late, until we have accepted his version of the world and really, in some ways, can’t mentally go back. . . .

Read the review at NewPages